Smiley - this beloved and hated symbol. What makes the sensation with the smiling face an ever-recurring symbol in crafts, art, music and fashion. Together with co-curator Hanna Hedman, we have selected 5 international and 6 Swedish artists to have a look at how this phenomenon is reflected within crafts. 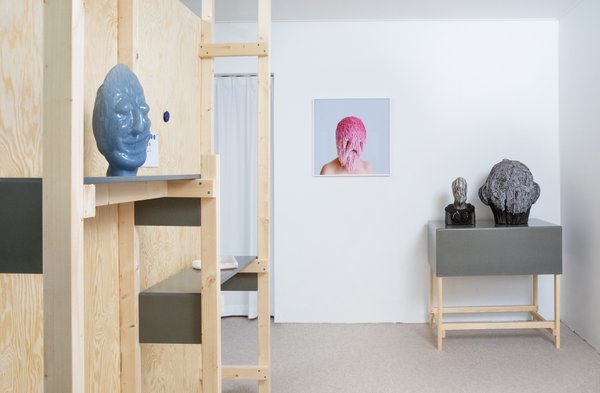 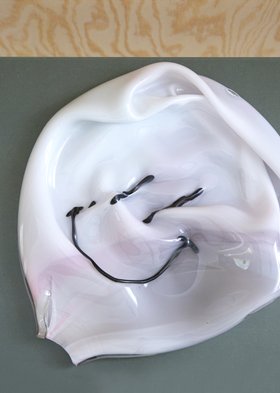 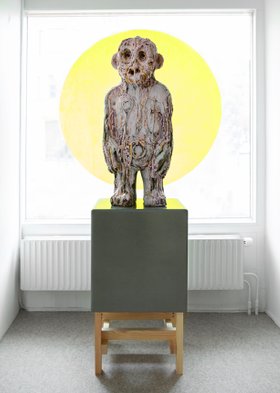 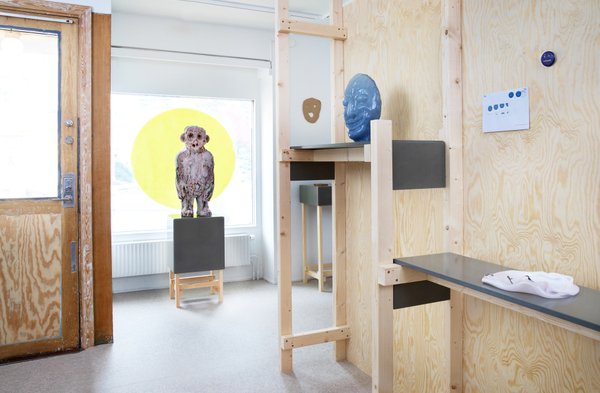 Two eyes and a mouth. The image is so conspicuous that it soon becomes a symbol. The smiley is, like the wheel and the ability to build arches, an example of insights and expressions that are so apparent that sooner or later they appear where there are people, a meme in the original sense of the word. A happy smiley has been found on a nearly 4,000-year-old Turkish amphora.

Having been something that appeared here and there, the smiley became more common very recently. In 2006, the data text system Unicode included the pictograms created a few years earlier in Japan, where they were named emoji. For the first time we got a universal language, and it was one we used primarily to express emotions – otherwise hopelessly difficult to communicate in text messages.

Whether basic emotions exist is disputed. Those who argue they do refer to a limited number, somewhere between five and ten. The facial expressions  subjects can identify relatively easily are those that express conditions linked to survival. Anger and joy, surprise, sadness. Other things cannot be captured as unambiguously. Longing, envy, boredom, frustration, contentment – what does it look like? Emoji have, like all languages, grown and been renegotiated. The meaning has become more nuanced, and more cryptic. But the clear smiley figures are still among the most used.

In religious ceremonies and rites, masks play a central role. On stage, they have signaled emotional states and personalities, the essence of the character.

A mask has a single face, frozen in time and space. But it is one that can be taken off and on, tried and played with.

When one's own face solidifies, it is not voluntary, not playful. It's a really bad sign. The interior moves, rushes at that point blind, probably, the exterior is stuck. You should get yourself together, but there is no way. Something is wrong, there is no doubt, because when everything is as it should be, we are on the move.

The discrepancy between feeling on the inside and the outward expression – in the form of a yellow ball with some specific look – is inevitable when it comes to smileys and emoji. You scroll for the ”right” emotional state from a fixed set of expressions. It is one hundred percent artificial and alienating. At the same time, no one imagines that what we are doing in that situation is to convey our innermost core. You aim for somewhere in a reasonable proximity of what you want to say. It is an estimate, but comfortable.

The figures also serve another purpose. In themselves, they are confident and clear. But using them in place of words can be a way to show the opposite, an uncertainty. A little of what is in a glance, a pinched mouth, a wrinkled forehead, in the moving messy flow that all together tells that that it's hard for me to say this, I want you to understand that. Or simply that you want to make sure the joke goes through, no matter how bad it is. 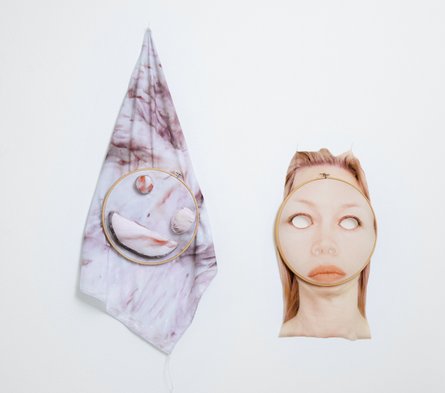 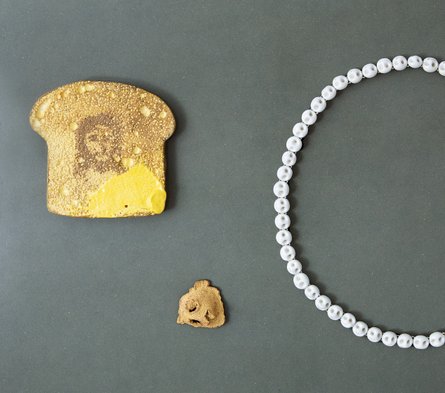